Most of those titles are still available for free, so don’t forget to check those earlier posts for more freebies.

For this post let’s do another set of 10 free audiobooks.

These ones aren’t as popular as the others but for the price they are definitely worth checking out. 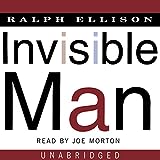 After a brief prologue, the story begins with a terrifying experience from the hero’s high-school days; it then moves quickly to the campus of a “Southern Negro college” and then to New York’s Harlem, where most of the action takes place. The many people that the hero meets in the course of his wanderings are remarkably various, complex and significant. With them he becomes involved in an amazing series of adventures, in which he is sometimes befriended but more often deceived and betrayed – as much by himself and his own illusions as by the duplicity and the blindness of others. Free through December 31, 2016. 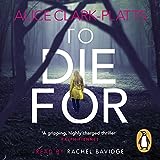 To Die For by Alice Clark-Platts (Author), Rachel Bavidge (Narrator)

In an empty car park, Ryan James sits in his car contemplating death. He has set up a hose pipe that is pouring carbon monoxide into the car, and his deciding whether or not to close the last window and end it all. Finally, he gets a text and decides to end his life. Detective Inspector Martin is called to the scene the next. At first she is convinced it is a simple suicide but as she looks deeper into the boy’s life and his relationships she begins to wonder if someone else was involved. 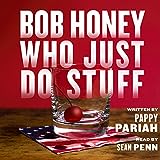 By turns tender and terrifying, Bob Honey Who Just Do Stuff captures America on the verge of political upheaval in 2016 and introduces us to a man who just might be able to save us from the oncoming horror. Yes, Bob Honey – carnival carny, sewage specialist, and government operative, among other occupations – has spent years in preparation, crisscrossing the world in the employ of a mysterious government program that pays in small bills. He stopped in New Orleans to help Katrina victims; traveled to Baghdad, Beirut, South Sudan, and elsewhere on sewage emergencies; and submerged himself in the Pacific Ocean in search of sea life – all while living out of a quiet house on a residential street in Woodview, California, where he sometimes disturbs the neighbors with the sound of his lawn mower. 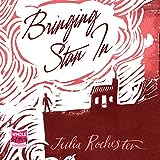 “Why do you want to be a boat builder?”

“Because,” said Morwenna, “I like the way the boats grow.”

Morwenna and Corwin are eight years old, wind-swept and salty-haired twins growing up on the Devon coast. In the soft autumn light, they play as their grandfather, Matthew, watches the boats come in. But it is a day unlike any other.

Bringing Stan In is the short-story prequel to The House at the Edge of the World by Julia Rochester. If you liked this, you’ll love the full-length novel. 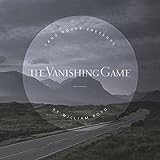 The Vanishing Game is about a down-on-his-luck actor is paired with a weather-battered Land Rover Defender on a seemingly innocuous courier job. But some things are too good to be true, and this innocent journey quickly unfolds into a dangerous plot with a shadowy cast of characters. 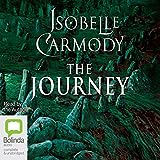 The Journey by Isobelle Carmody

A bonus never-before-released short story by best-selling author Isobelle Carmody. Before the apocolyptic Great White – and the regressive theology that ruled the decimated population in its wake – the city of Uropa is a gleaming metropolis devoted wholly to materialistic consumption. When Emma arrives to meet her childhood idol and continue her research into the emergence of psychic abilities, she must adapt quickly to conceal her personal interest in the subject and protect… 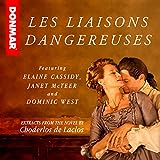 From the sumptuous private drawing rooms of 18th-century Paris to the decadent estates and chateaus of the French countryside, La Marquise de Merteuil and Le Vicomte de Valmont hatch a long-distance plan of vengeance and seduction. Valmont is determined to conquer the famously pious Madame de Tourvel, whose husband is abroad on business. However, Merteuil has other plans. She enlists his involvement in the seduction of a young convent girl, Cécile Volanges, the wife-to-be of the Marquise’s former lover. But as they race toward the culmination of their plans, events start to spiral out of control, and they realise that they might not be as in control of their hearts as once they thought. 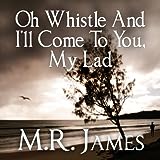 The story tells the tale of an introverted academic who happens upon a strange whistle while exploring a cemetery on the East Anglian coast. When blown, the whistle unleashes a supernatural force that terrorises its discoverer. Montague Rhodes James was a noted British mediaeval scholar and provost of King’s College, Cambridge (1905-1918) and of Eton College (1918-1936). He is best remembered for his ghost stories which are widely regarded as among the finest in English literature. One of James’ most important achievements was to redefine the ghost story for the new century by dispensing with many of the formal Gothic trappings of his predecessors, and replacing them with more realistic contemporary settings… 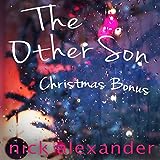 This is a mini-sequel to The Other Son, a little gift for all those listeners who have been begging to know what happens next. Alice has been lying to herself for years, holding fast to the belief that the needs of her family far outweigh her own. But her outwardly successful marriage hides dark secrets, and for much of her life, the children were the only reason she stuck around. These days, though her successful banker son lives nearby, his young wife seems to do everything she can to keep Alice at bay. As for Alice’s other son, he has always been something of a stranger and has been traveling for so long that Alice isn’t even sure what continent he is on anymore. Alice can’t help but wonder if the effort she expends presenting a united front to the outside world is actually helping anyone and what would happen if she suddenly stopped pretending…. 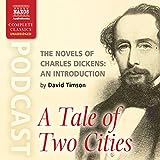 The Novels of Charles Dickens by David Timson

“It was the best of times and the worst of times.” In one of the most famous openings of any novel, Dickens masterfully presents the turmoil of the French Revolution, which is the backdrop for a novel of love, patience, hope, and self-sacrifice. This version is read by Anton Lesser, whose award-winning Dickens recordings in their abridged form has now resulted in the opportunity to read the full unabridged text. His singular characterizations led to him being chosen by Peter Ackroyd to play Dickens himself in the major TV account of the writer.