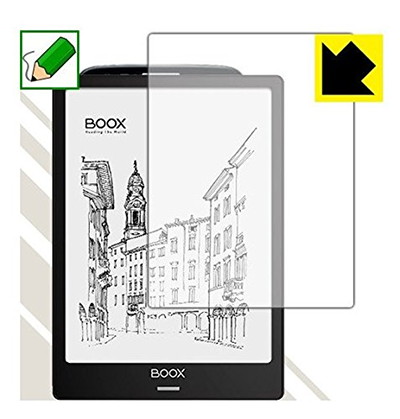 There have been a few reports of the stylus causing scratches on the screen of the Onyx Boox Max2 and the Boox Note.

Some folks have mentioned the issue in reviews at Amazon and in a few different threads at MobileRead.

However, there’s conflicting evidence in the form of this YouTube video that shows the screen being unaffected after a vigorous scribbling test.

Onyx’s styluses have a hard plastic tip so it’s possible that dust and other residue that get on the screen are causing the scratches when getting rubbed by the stylus.

Either way, if you use the stylus a lot you’re probably going to want to put on a screen protector. Or at least use a microfiber cloth to keep the screen clean whenever using the stylus.

Onyx has started selling screen protectors for the Max and Note at Amazon for $3.99 a pop, so they’re pretty cheap insurance for such expensive devices.

I checked my Note and luckily its screen doesn’t show any scratches yet, but I did order a screen protector to be on the safe side.

In the past I’ve said that E Ink and screen protectors are a bad mix because they tend to degrade the quality of the text, but in the case of using a stylus all the time a screen protector is probably a good idea.