Now that Kobo has announced the upcoming release of the new Kobo Clara 2E, I thought it would be helpful to post a summary of all the current Kobo ereader models that Kobo sells.

Kobo released three new models last year and one new model this year, and since it took them over four years to update the Kobo Clara HD, this lineup is unlikely to change any time soon.

The Kobo Forma is not included on this list because it’s an older model that was replaced by the Kobo Sage last year. You can still find it for sale new sometimes but lately it’s mostly been out of stock on Kobo’s website and since they’re no longer making them they probably won’t be available for much longer. Kobo does still sell refurbished Kobo Formas, as of this writing.

Here’s the list of Kobo’s current starting lineup, in order from largest to smallest: 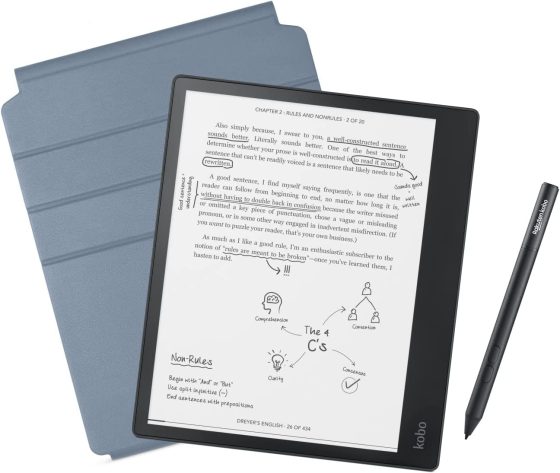 The Kobo Elipsa is Kobo’s first large-screen model. It doubles as a notebook and an ereader, and it’s sold as part of a pack for $399 USD that includes a stylus pen and a heavy-duty cover (too heavy, frankly). It has a 1404 x 1872 resolution (227 ppi) E Ink Carta 1200 screen, with 32GB of storage, Bluetooth for streaming audiobooks, dual band WiFi, a USB-C port, it has a quad-core 1.8GHz CPU, and a frontlight but without adjustable color. 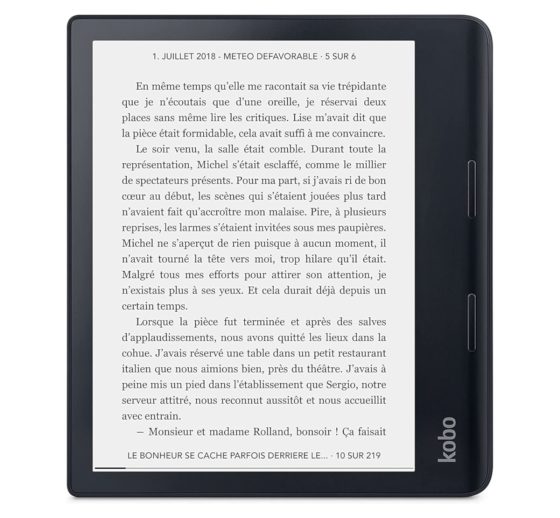 The Kobo Sage has more of a “premium” feel to it than Kobo’s other models, and it has a flush 8-inch E Ink Carta 1200 screen with 300 ppi and a frontlight with adjustable color temperature. It has 32GB of storage, a quad-core 1.8GHz CPU, dual band WiFi, USB-C, and it’s waterproof. It supports the notebook and writing features like the larger Kobo Elipsa, but it does not come with a stylus and it sells for $259 USD.

I never posted a review of this model but it’s known for having the worst battery life in Kobo’s lineup, and I personally prefer the Libra 2 over it because the frontlight on the Kobo Sage has a gradient from left or right, whereas the Libra 2 does not. But otherwise the Kobo Sage is a pretty nice device. 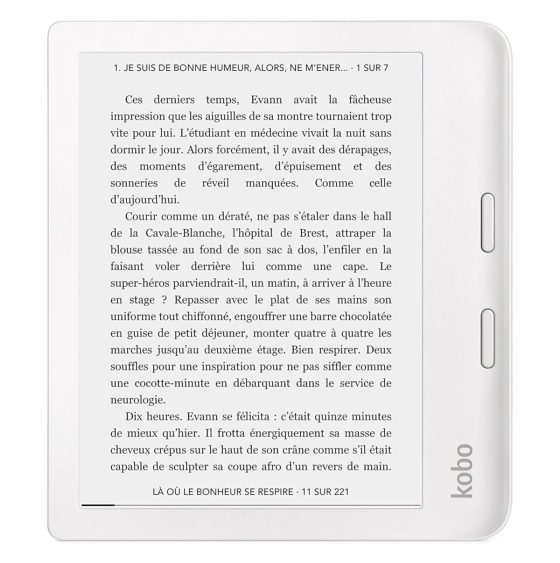 The Kobo Libra 2 has a 7-inch E Ink Carta 1200 screen with 300 ppi and a frontlight with adjustable color temperature. It has an indented screen, unlike the Kobo Sage, and it does not support writing with a stylus. There’s 32GB of storage space, it has a 1GHz CPU, it supports single band WiFi, there’s Bluetooth for streaming audiobooks, and it’s waterproof. It available in both black and white colors and it sells for $179 USD.

In my opinion, this is one of the best ereaders on the current market in terms of overall features and price. See my Kobo Libra 2 review for a closer look. 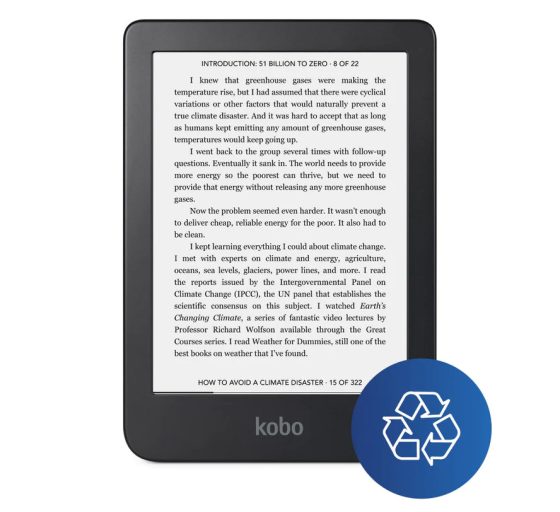 The Kobo Clara 2E is Kobo’s latest new model. It’s an updated version of the Kobo Clara HD that adds more storage space (16GB), a USB-C port, it’s waterproof, and it has Bluetooth for streaming audiobooks. It has a 6-inch 300 ppi E Ink Carta 1200 screen and a frontlight with adjustable color temperature, along with a 1GHz CPU and dual band WiFi. This model is getting released on September 22nd. It sells for $129 USD. 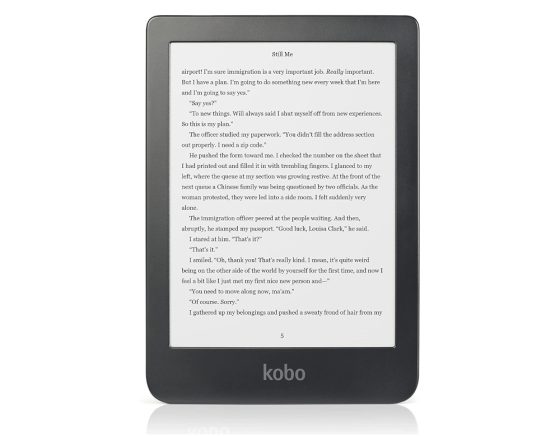 The Kobo Clara HD was replaced by the Clara 2E, but Kobo will likely continue to sell it for quite some time. It’s mostly the same as the Clara 2E, expect it has less storage space (8GB), a regular E Ink Carta screen (which has slightly less contrast and is a bit slower) it’s not waterproof, and it has the older micro-USB port. It retails for $119 USD but often goes on sale for less. 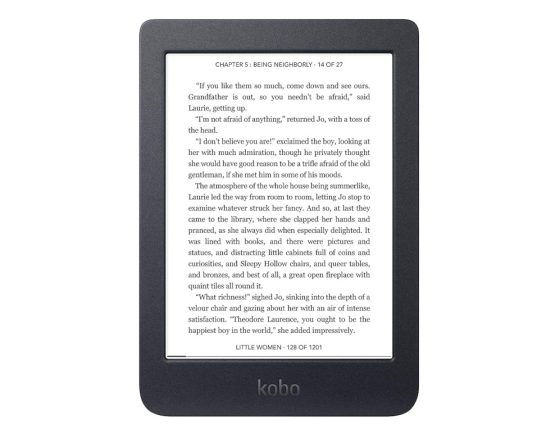 The Kobo Nia is the budget model in the lineup, selling for $99 USD. It looks like the Kobo Clara but it has a lower resolution E Ink Carta screen with 212 ppi and the frontlight doesn’t have color temperature control. It has 8GB of storage, a 900 MHz CPU, WiFi, and a micro-USB port. Frankly, I’ve never been a fan of the Nia. You’re better off just spending a bit more on the Clara HD or Clara 2E to get a nicer screen and a better frontlight.