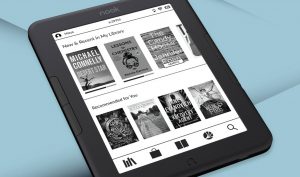 Today Barnes and Noble announced the upcoming release of a new 6-inch Nook ereader called the Nook Glowlight 4e. It’s basically a trimmed-down version of the Nook Glowlight 4 that was released last year. It has a lower resolution screen, no warm light, and it has 8GB of storage (5GB usable) instead of 32GB. Otherwise […] 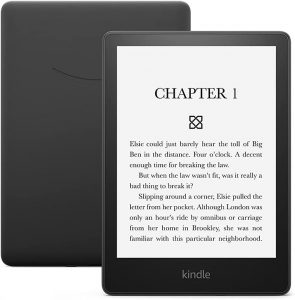 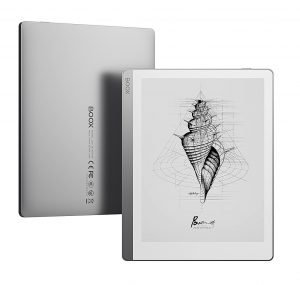 The Boox Leaf is Onyx’s latest 7-inch ereader that was released in December of 2021, and now it’s finally available to purchase from a US retailer. For some odd reason Onyx refuses to sell their smaller models from their Amazon store so if you wanted to get one you had to order from China or […] 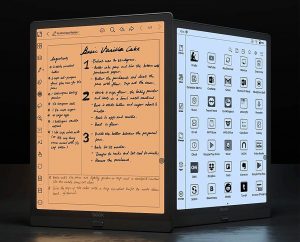 Over the past few years more choices have started to hit the market for ereaders and digital notepads with larger 10-inch E Ink screens. For a long time most E Ink devices like Kindles have only been available with smaller screens, but now there are better options when it comes to stuff like reading PDFs […] 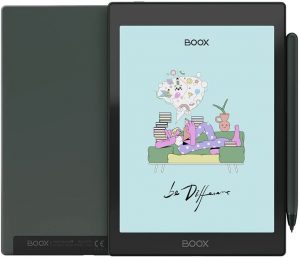 Last month Onyx announced the release of a new ereader called the Nova Air C that features a 7.8-inch color E Ink screen. Initially it was only available to order from Onyx’s website with shipping from China, but now the new Nova Air Color is also available to purchase from Amazon. The price is $419.99 […] Onyx has added a new color ereader called the Nova Air C to their lineup of Android-powered E Ink tablets and e-notebooks. The Nova Air C is Onyx’s third commercial color E Ink device, and it replaces the Nova3 Color that was released about this time last year. From a hardware and design standpoint it’s […] 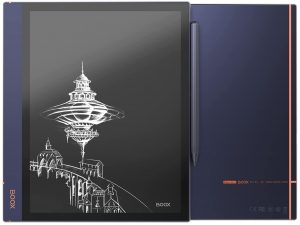 Onyx has started rolling out a new software update for their line Boox devices that’s supposed to fix some of the bugs that were introduced in the last update from December. The new firmware version is V3.2.1, and it was released on March 7th. Onyx rolls out updates in stages so it’s not available for […] 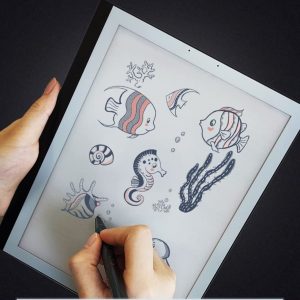 There’s a new listing on Amazon with a vendor selling an Android-powered ereader and notebook from China that has a 10.3-inch color E Ink screen. The device is called the Bigme B1 Pro and it’s not new (it was released over a year ago in China), but it is one of the only devices to […]