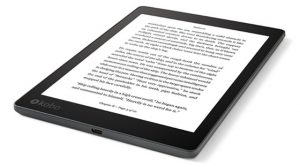 Kobo is back at it again, making it difficult for people to buy their ereaders, just like they’ve been doing ever since they started selling them. After six years of selling ereaders you would think they would get things right eventually, but that still remains to be seen. The mystery of the out-of-stock Kobo Aura […]

The folks from the West Vancouver Memorial Library posted a video tutorial on YouTube going through the process of how to setup the Kobo Aura One to download ebooks for free from public libraries. The video walks you through the entire process from start to finish, showing you how to add your library account, search […]

Kobo’s sales and marketing techniques have always been rather unusual, especially when it comes to selling their ereaders in the US, and things just keep getting more perplexing all the time. The Kobo Aura One was released 2 months ago. It’s the only ereader to have a 7.8-inch 300 ppi E Ink screen, which is […]

Kobo has finally issued a firmware update for the new Kobo Aura One and Kobo Aura Edition 2 to fix the battery drain problem and some other bugs. It’s too early to tell if the battery issue is resolved or not yet but hopefully they’ve got that problem fixed because it was causing a lot […] 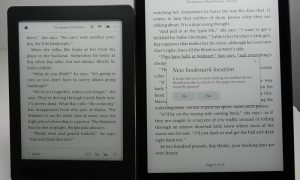 The Kobo Aura One is getting all the attention lately but Kobo actually released two new ebook readers this September. In addition to the Aura One, they also came out with a new 6-inch Kobo Aura Edition 2 to replace the original Kobo Aura. I posted a Kobo Aura One review earlier in the week […] 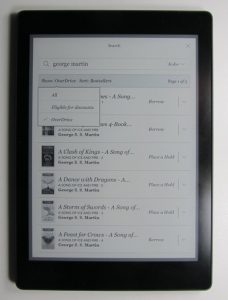 Aside from the large 7.8-inch 300 ppi E Ink screen, one of the coolest things about the Kobo Aura One is the fact that it has OverDrive support built-in so that you can easily download free ebooks from your public library directly onto the reader itself. Previously library ebooks had to be downloaded to a […] 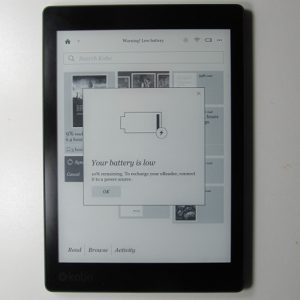 There have been some reports over at MobileRead about the new Kobo Aura One experiencing some kind of battery drain issue that seems to be related to a software bug. At first I thought my Kobo Aura One’s battery level seemed fine, but then all at once when the battery meter gets around 50% it […]