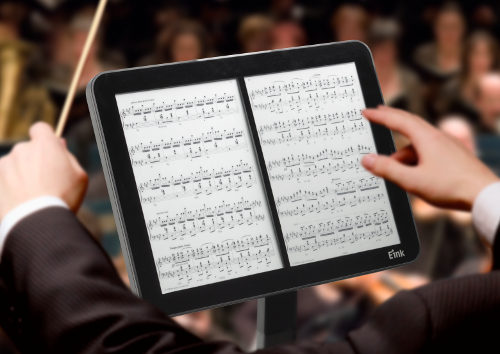 It’s amazing just how little progress has been made in the field of electronic paper over the past few years, and unfortunately it doesn’t look like that is going to change anytime soon.

The reason for this is the fact that E Ink holds a monopoly over virtually all the epaper displays used for ebook readers on the current market, both here in the US and throughout the world.

E Ink is known to license their technology to other manufactures, but what it comes down to is an utter lack of competition. And that just got compounded last week when E Ink announced they are going to buyout SiPix, their only real competitor in the epepar field.

SiPix screens are very similar to E Ink screens. Both utilize the same electrophoretic technology, but in different ways. SiPix screens were used in a few ebook readers, including the Pandigital Personal ereader and the Cybook Orizon, but the screens never really took off.

The reason was obvious. In a direct head-to-head comparison, Sipix screens are clearly inferior to E Ink screens.

The truth is SiPix didn’t stand much of a chance anyway. So the fact that E Ink is buying them out isn’t going to change a whole lot. The bigger issue is the fact that E Ink has no competition. The iPad and LCD ereaders and tablets are the biggest threat, but as long as dedicated ebook readers like the Kindle and Nook remain popular, E Ink is going to continue to dictate the rate of technological advancement.

And if the past few years are any indication, development is going to keep moving along at a snail’s pace. E Ink screens have improved very little over the past 5 years. Two years ago E Ink introduced their Pearl screens with better contrast, but even still those were just an incremental improvement over previous Vizplex screens, the difference is hardly even noticeable, in fact.

E Ink has other types of epepar screens too. They make a super high-definition screen with 300dpi, but they’ve been showing off prototypes of it for years without it even materializing into a marketable product.

E Ink also has color epaper screens, but they just aren’t very good. They are too dark and gray and the colors are all washed out. Unfortunately it looks like good color E Ink is a long ways off still.

Most people aren’t seeing it, but I do. The future of electronic paper looks bleak and stagnant because E Ink has no real competition in the field of low-power displays that are readable in bright light. Sure, they’ve got a bunch of cool concept products, like the E Ink music stand shown at the top of this post, but what about better ereader displays?

Perhaps some alternative display technology can gain ground, but that’s not looking very promising either. Both Bridgestone and Mirasol have decided to withdraw from the market, and Pixel Qi isn’t a threat at all. Hopefully some other company can rise to the challenge. If not, we might be stuck with the same basic monochrome epaper displays for the next several years.