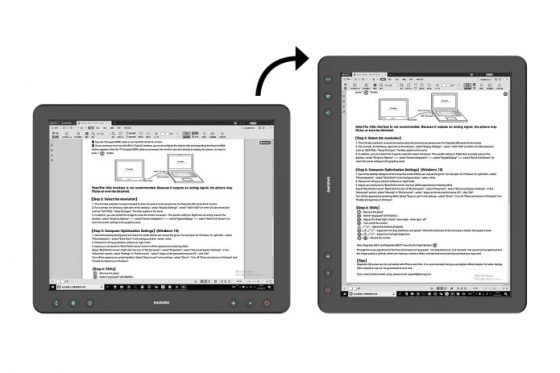 Dasung has released several E Ink monitors over the past few years, along with the smaller Not eReader earlier this year, and now they’ve launched another crowdfunding campaign for their latest line of E Ink monitors that feature touchscreens and frontlights.

Dasung is accepting orders for four different versions of their new Paperlike E Ink monitors from the Indiegogo website.

A tier higher is the Paperlike HD with a higher resolution screen, also available with a frontlight and a touchscreen or just a frontlight only.

All have 13.3-inch E Ink screens, and the frontlights have both warm and cool color temperatures.

Like usual Dasung’s E Ink monitors are shockingly expensive, but these are being discounted by up to 30% off for early orders.

Dasung’s refresh rate is impressive, likely the best in the E Ink business. Their monitors connect via HDMI and they support PC and Mac computers, as well as iPhones and iPads, and apparently some Android devices.