I’ve noticed something interesting about my ebook reading habits. Ever since the Nook Touch with GlowLight was released, and now that the Kobo Glo and Kindle Paperwhite have come along, I almost always prefer to have the frontlight turned on when reading. The light always seems to make the screen look a little better, even […]

I noticed over at XDA this morning that the GlowNooter rooting package for the GlowLight Nook Touch was updated last week to work with the new 1.2.x firmware update that Barnes and Noble issued back in November. Ever since the 1.2 firmware update, GlowNooter would freeze up and not complete the rooting process. This is […] 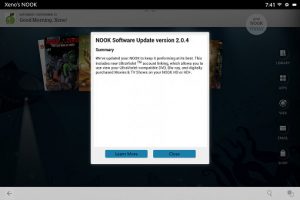 Barnes and Noble has started rolling out firmware updates for the Nook Simple Touch, GlowLight Nook Touch, and Nook HD and HD+ tablets. According to B&N, the software update is minor. In fact it’s so minor all they give as a description for the Nook Touch is, “The NOOK Simple Touch Ver1.2.0 update provides minor […]

As I mentioned last week, I was finally able to order a Kobo Glo from Powell’s Books to review. By the way, Powell’s did a great job of getting it out quickly. I ordered it on November 7th and received a shipping notice the next day, and even with the free shipping option it arrived […] 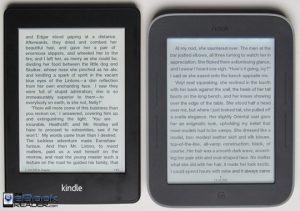 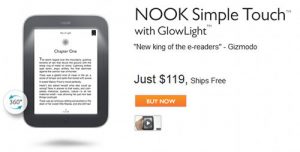 Witnessing the back and forth between Amazon and Barnes and Noble can be quite entertaining. This time around B&N is dropping the price of their GlowLight Nook Touch by $20, making it the same price as the Kindle Paperwhite. B&N also likes to point out in bold script that a power adapter is included at […] 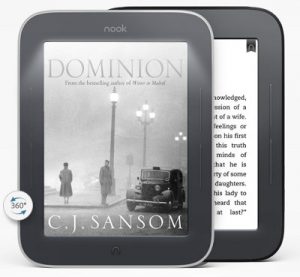 Now that Barnes and Noble has released the Nook Touch with GlowLight, which appears to be relatively successful given the fact B&N couldn’t keep them in stock for the first several weeks, the big question is who will be the next to release a similar E Ink ebook reader with a built-in front light? Amazon […]