Sony’s specialized Digital Paper PDF readers are on sale again at $100 off the regular prices. They seem to go on sale every few months; at this point they should consider making the price drop permanent with all the newer models coming out lately with more features. The sale includes the 13.3-inch Sony DPT-RP1, both […]

Sony has released a new software update for their Digital Paper devices, including both the 13.3-inch DPT-RP1 and the 10.3-inch DPT-CP1. The new firmware version is 1.6. It adds a number of new features. Some of the improvements are so basic it’s hard to believe it’s taken Sony nearly two years to add them to […] 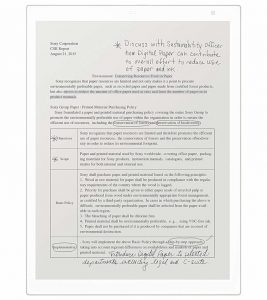 Amazon has started accepting pre-orders for a white version of the Sony DPT-RP1, Sony’s specialized digital paper PDF ereader with a 13.3-inch E Ink screen. It sells for the same $699 as the black version and it’s expected to get released on January 13th so it should be available next week. From a hardware and […] 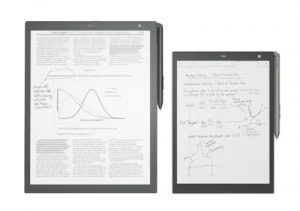 Sony has put their Digital Paper devices on sale at Amazon. Both are $100 off the regular price. The 13.3-inch model has been this price before but $499 is the lowest the 10.3-inch Sony DPT-CP1 has sold for since it was released earlier this summer. Unlike the sale on the Remarkable Paper Tablet yesterday, this […] 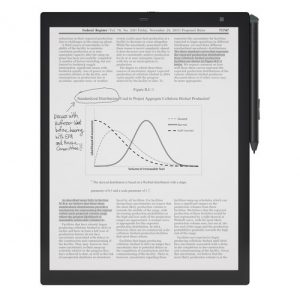 The Sony DPT-RP1 is currently on sale from Sony’s authorized retailers, including Amazon, B&H, and Adorama. The RP1 is Sony’s 13.3-inch model, and the sale puts it at the same price as the new 10.3-inch model, the Sony DPT-CP1, that was released in June. There’s really no reason to get the smaller version when they’re […]

There are some really good deals going on at Amazon today. They have a few certified refurbished devices available for cheap for Prime members. But first, the 13.3-inch Sony DPT-RP1 is currently $100 off at Amazon, making it slightly cheaper than the new 10.3-inch model at $599. The deal probably won’t last very long, and […]