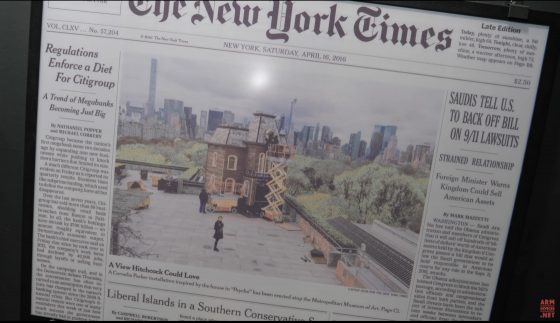 Every year Charbax uploads at least one YouTube video showing the current state of E Ink with an in-depth video tour of E Ink’s latest products.

This year things are starting to become more interesting again. E Ink has a lot of products branching out into several different markets, and with advances in color E Ink the future of E Ink is looking brighter.

Among some of the more interesting products demoed is a new 42-inch E Ink whiteboard with OCR that can also display PDF files—now that’s one big ereader.

It’s called the RICOH Digital Whiteboard and it’s expected to get released next year.

There’s a quick look at some new Linfiny ereaders that Sony and E Ink co-developed. There’s a 13.3-inch model and a 10.3-inch model, but they didn’t say much about them.

E Ink is planning to release some new JustWrite devices next year for writing and drawing. E Ink has added magnetic powder to the pigment within E Ink microcapsules in order to use a magnetic stylus to move the black and white pixels when writing.

The Ratta Supernotes are shown as well, but between the high price and mediocre specs I don’t see them gaining much ground in English-speaking markets.

They give a closer look at E Ink’s Color ACeP Displays, which appear to be advancing nicely. Hopefully we’ll see another attempt at a color E Ink ereader in the near future.