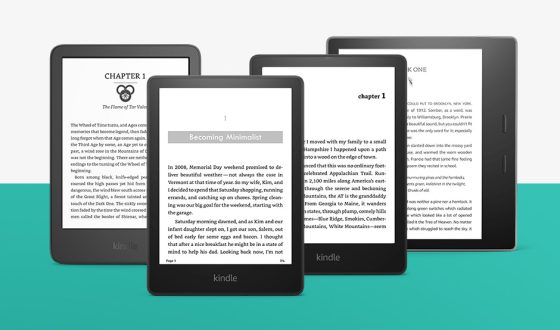 I thought it would be fun to make a list ranking all Kindle ereaders from the worst ever to the best ever.

I’m not including the kids Kindles in the list because they’re no different from regular Kindles—they’re basically just a bundle package that includes a cover, a better warranty, and Amazon Kids+ subscription.

Keep in my this list is based on my opinion only. I’ve owned and reviewed every Kindle that has been released, except the Kindle 1 and Kindle 2.

See the Kindle Comparison Table more details about each Kindle model that Amazon has released. 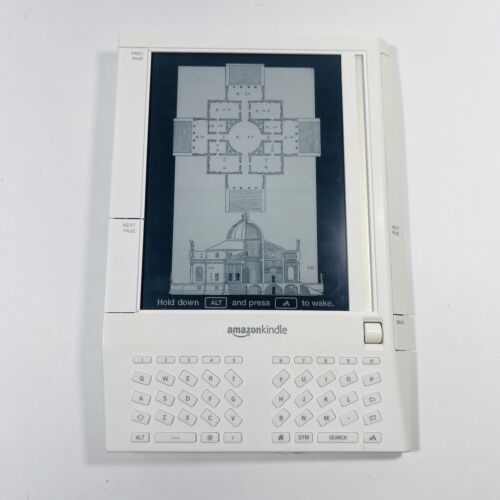 The 1st gen Kindle started things off in 2007 so it deserves some credit for that, and it was the only Kindle to come with a memory card slot, but it looks like it was designed by someone who had no idea what they were doing. Seriously, it’s one of the oddest-looking gadgets ever made. It’s hard to believe anyone was ever willing to pay $400 for it. 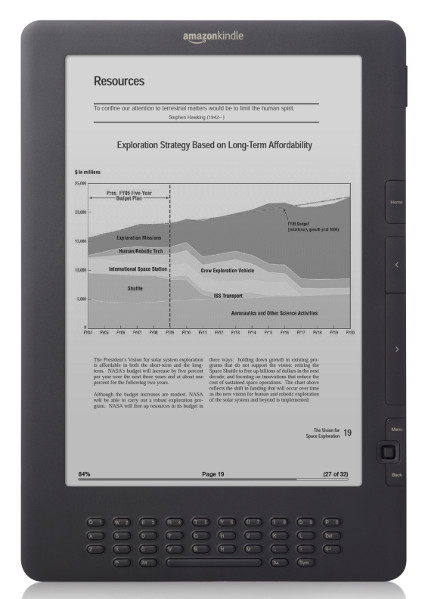 Some people really liked the larger screen on the Kindle DX, but it was never very popular and it cost a small fortune and Amazon never updated the software to add newer features like other models at the time. The keyboard was wonky, and without a touchscreen it was difficult to navigate, and the device was so big that it was awkward to hold. 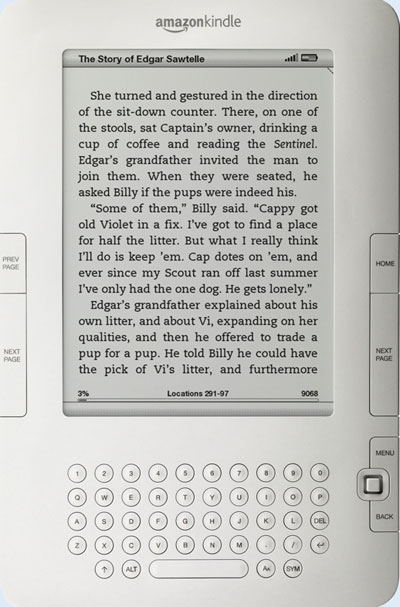 The Kindle 2 was released in 2009. The design was nicer than the 1st gen model, but it still had unusually large bezels and an unsightly large keyboard below the screen. It sold for a whopping $369 when it was released. 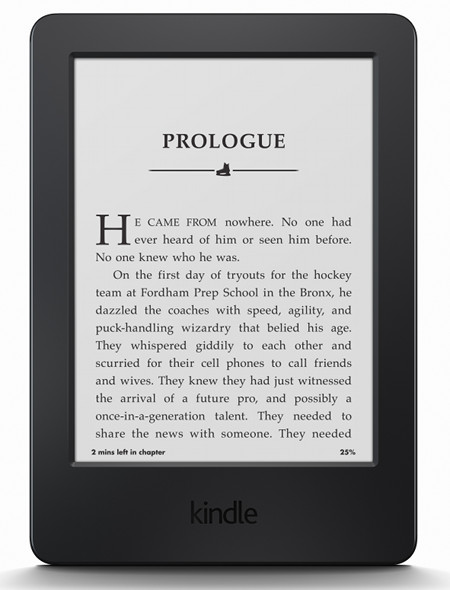 The Kindle 7 was released in 2014 and it was the first entry-level “Kindle” to have a touchscreen. This is when Amazon removed the page buttons and started making the designs super basic with bland, blocky plastic casings that weren’t as classy as previous models, and they were still using the same old lower resolution screens. Not a fan. 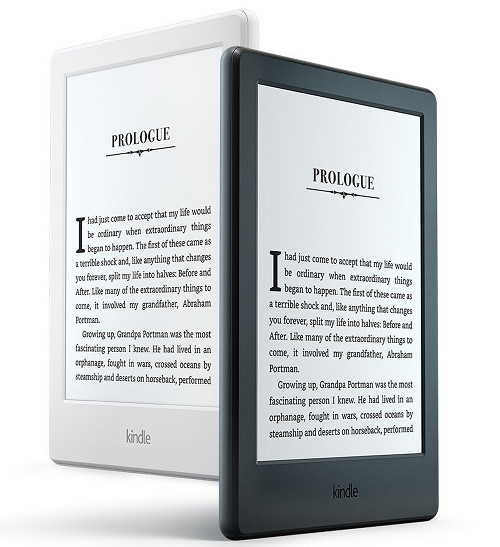 The 8th gen Kindle was very similar to the 7th gen model, but the design was a bit smaller and lighter, and they added Bluetooth to use the VoiceView accessibility feature. The screen was still majorly outdated when it was released; most other companies had stopped using 800×600 resolution screens years ago. 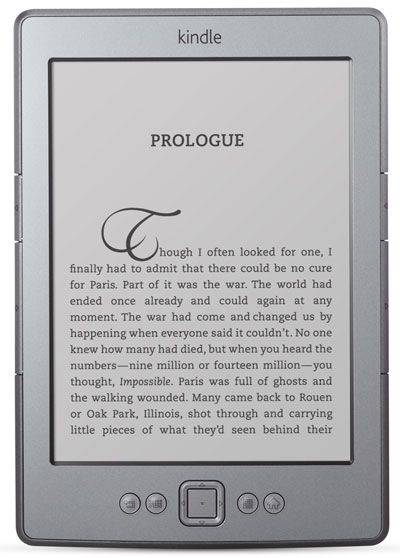 The 4th and 5th gen Kindle were basically the same, but one was black and one was grey. These didn’t have touchscreen, but I personally really liked the designs. They had page buttons on each side of the screen and navigational buttons below the screen, but without a huge keyboard that was useless 95% of the time like previous models. They also has a nice slightly metallic finish that made them feel nicer than most modern entry-level Kindles, and they sold for a very reasonable $69. That’s why I’m ranking them a bit higher than some of the touchscreen Kindles. 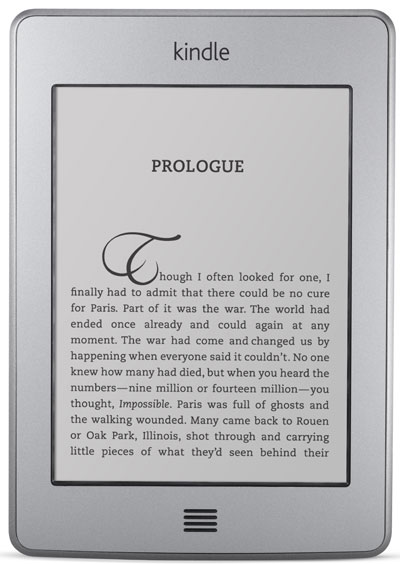 The Kindle Touch was released in 2011 alongside the 4th gen Kindle, and it was the first Kindle to get a touchscreen. It had a low resolution screen and no frontlight, and it marks a change when Amazon no longer allowed using the web browser for free over 3G. It was on the market for less than one year before it was replaced by the first gen Kindle Paperwhite. 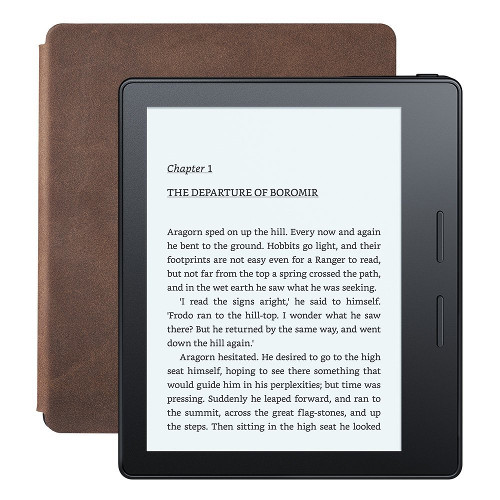 The 1st gen Kindle Oasis was released in 2016 and it was the first Kindle to feature an asymmetrical design with page buttons on only one side of the screen. It was a nice device overall but they made it so most of the battery was in the cover. This was the worst ideas ever because you could only get a battery cover from Amazon and then when they stopped making them you could no longer find battery covers anywhere. Stupidest design decision ever. 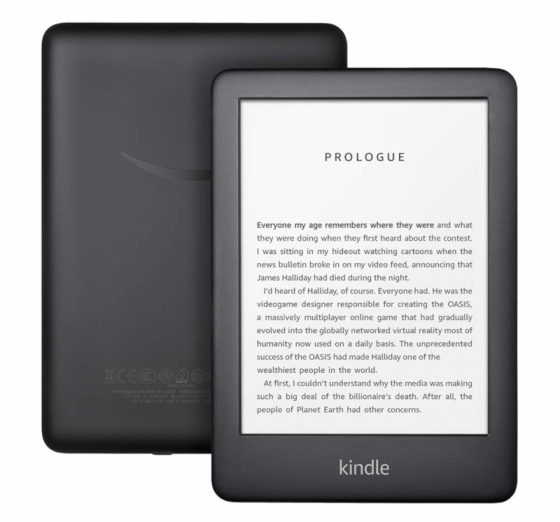 Released in 2019, the 10th gen Kindle was the first entry-level model to have a frontlight (it’s hard to believe it took that long), but it still had the same low resolution screen that all other ereader companies had stopped using a half decade before. 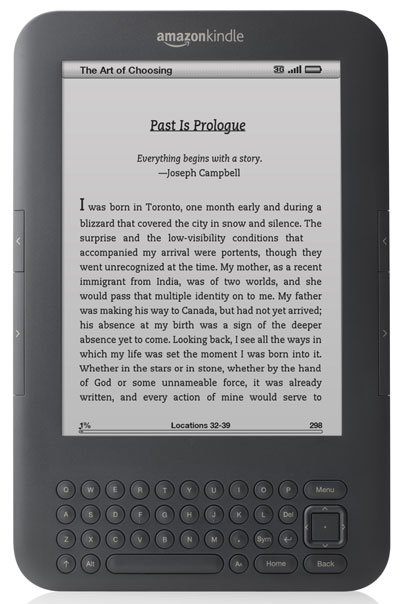 Of all the old school Kindles, the Kindle 3 was the most popular and well-liked. Some people still use them to this day. The Kindle 3, also known as the Kindle Keyboard, was released in 2010 and Amazon continued to sell them for several years even after newer models were released. It had some unique features that were later phased out, like text-to-speech and the ability to surf the web on 3G models for free. 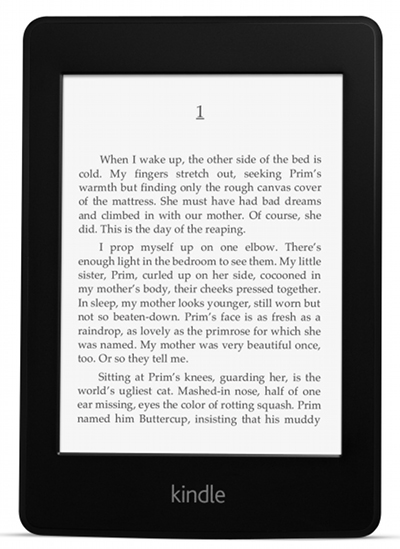 The first generation Kindle Paperwhite was released in 2012. It was the first ever Kindle to have a frontlight, although it was far from the first ebook reader to have one. The lighting uniformity wasn’t great on the first gen model, but it was a design Amazon would stick with until 2018. 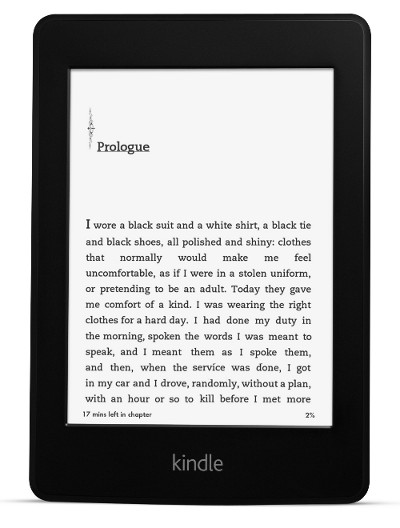 The second gen Kindle Paperwhite came out in 2013. It featured an upgraded “Carta” screen, a faster processor, and a better frontlight, but was otherwise nearly identical to the 1st gen Paperwhite. 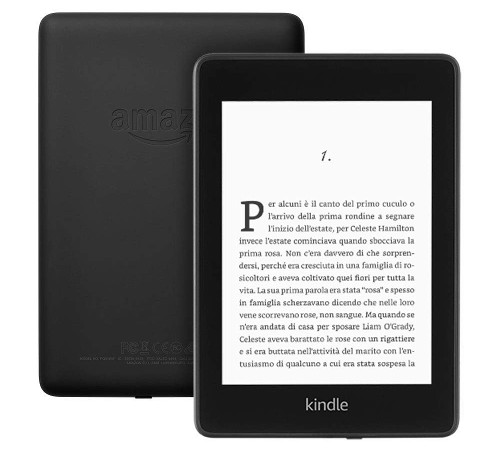 Released in late 2018, the Kindle Paperwhite 4 brought more changes to the Paperwhite line than previous generations, but overall it was still the same basic device with the exact same screen as before. The biggest change was they made it waterproof and added a flush front screen, which was made of plastic instead of glass like previous Kindles. Consequently the screen wasn’t quite as sharp and clear with the added plastic layer over the top, and it was more smudge and fingerprint prone. 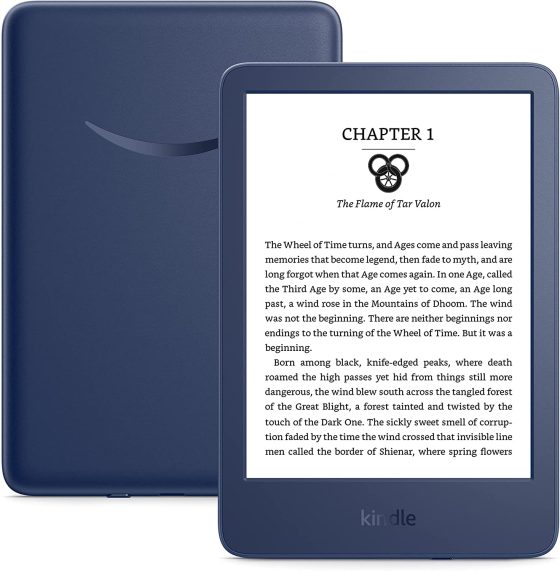 The 11th gen Kindle was released in 2022. Amazon finally upgraded it to a 300 ppi screen so it’s the first entry-level “Kindle” to have something other than a 167 ppi screen. It also has a frontlight, a USB-C port, 16GB of storage, and it’s thinner and lighter than the previous model. 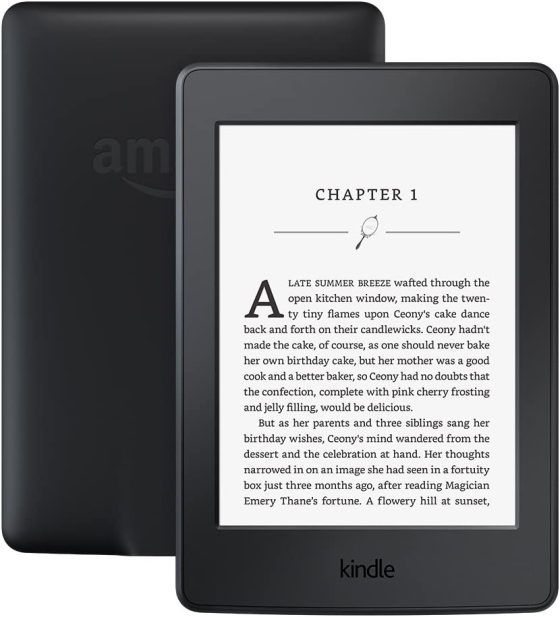 The Kindle Paperwhite 3 was released in 2015. It was basically the same as the Paperwhite 2, but it featured a higher resolution 300 ppi screen, and it came with more RAM and storage space. It remained on the market as the best selling Kindle for over 3 years before Amazon replaced it with a newer model. Some people like it better than the Paperwhite 4 with the flush screen, me included. 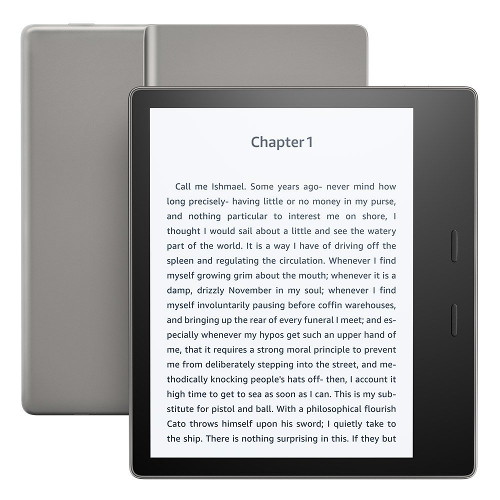 The second generation Kindle Oasis came out in 2017. It was the first Kindle to feature a larger 7-inch screen, and it was also the first waterproof Kindle. Amazon got rid of the horrible charging cover from the first gen model, but the battery was small so battery life wasn’t great. It’s pretty much exactly the same as the Kindle Oasis 3, except it lacks a warm frontlight. 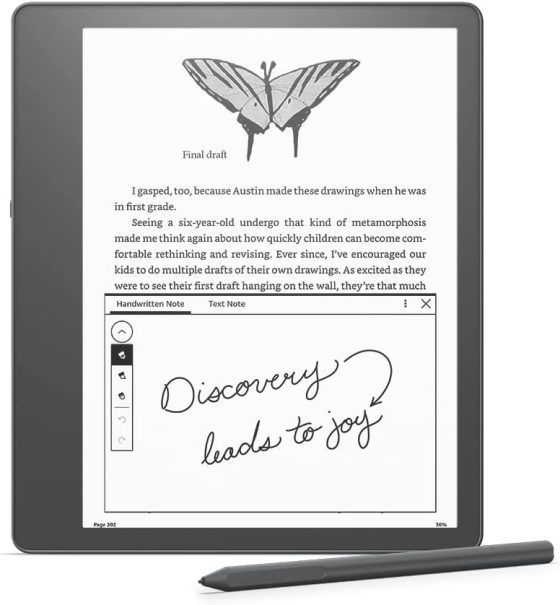 The Kindle Scribe is the first Kindle to come with a stylus for notetaking and drawing, and it’s the only Kindle to have a large 10.2-inch 300 ppi screen. Not everyone needs a Kindle with such a large screen, but not everyone wants a smaller 6-7″ Kindle either, and it fulfills a different purpose and can do things no other Kindles on this list can do. 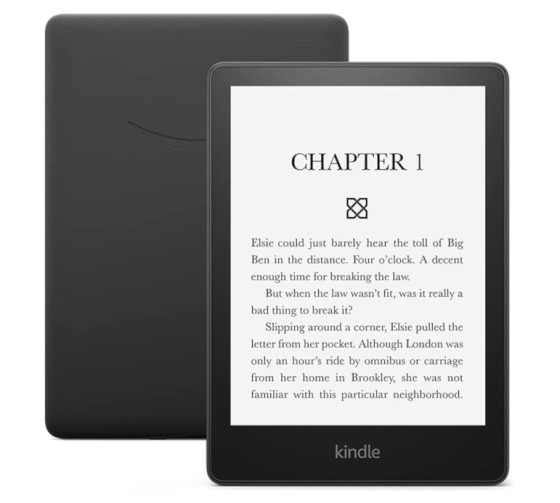 The fifth gen Kindle Paperwhite was released in 2021. It brings the most changes to the Paperwhite line with its larger 6.8-inch screen, the addition of the warm frontlight, a USB-C port, support for dual-band WiFi, it’s faster, and the upgraded Signature Edition adds wireless charging, an auto brightness sensor, and 32GB of storage space. But it still has the flush plastic screen that’s a fingerprint magnet and isn’t quite as clear. 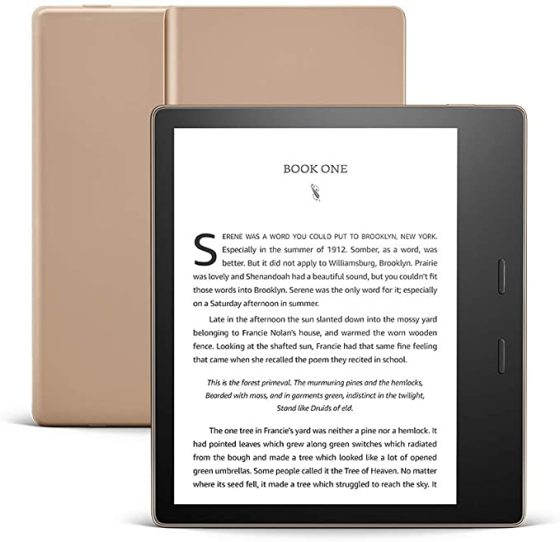 Released in 2019, the 3rd gen Kindle Oasis is well-liked among Kindle users with its premium design, the warm frontlight, and the fact that it’s the only Kindle that still has page buttons, but it’s kind of outdated compared to more current Kindles with an older microUSB port and the screen doesn’t refresh as cleanly as the newer screen on the Kindle Paperwhite 5. 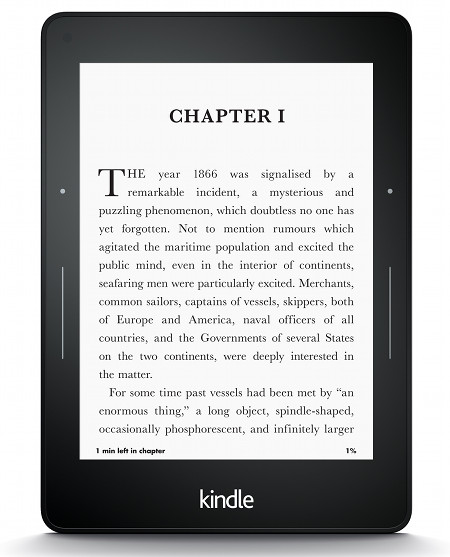 The Kindle Voyage has the best screen of any Kindle ever released. Something about the micro-etched glass equates to a screen that is clearer and sharper than any other Kindle, and the text is darker as well, even darker than newer Carta 1200 screens that supposedly have better contrast. Another great thing about the design of the Kindle Voyage is the page button sensors. You can use the buttons or the touchscreen if you want; they aren’t forcing you to use buttons like the asymmetrical Kindle Oasis so the design nicely accommodates both usage types.